NADPO and the PCS strike at the ICO


My friends warned me not to get involved in this strike and union business. I am still glad that I did speak my mind, but pretty irritated by the ICO branch of PCS for having declared that NADPO was boycotting the ICO DP conference.

Although I have said on Twitter and I think that my post about the strike was pretty clear, I want to reiterate for anyone who happens to still be confused that NADPO is not taking a view on strike and is not boycotting the conference.

I am pleased that the PCS branch clarified this: 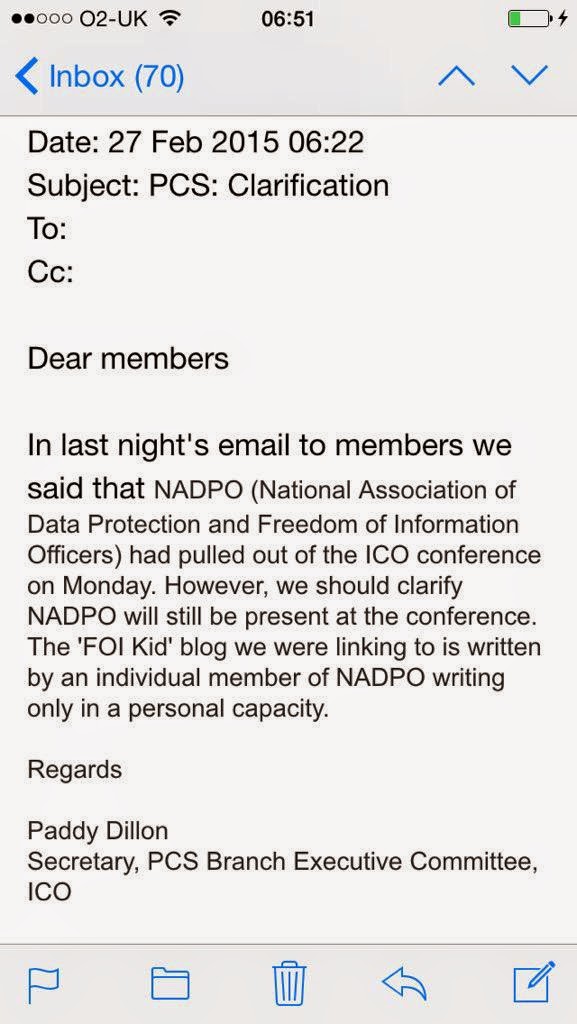 However, I am pretty pissed off that they decided to drag the name of NADPO into this at all, given that the view that I had given on the strike was clearly a personal one - in fact the caveats that I prefaced it with were nearly as long as the opinion.

Part of this is a sympton of the current government squeezing unions - there is less facility time, they have less money, staff have less flexibility to do their union duties. I know this as I was a PCS rep. But I would have expected ICO staff to be able to read a straight forward and pretty unambiguous blogpost and not draw bullshit conclusions from it.

Sorry ICO PCS branch - I still support your strike, I will still not go to the conference (although NADPO will be there), but you have lost a friend in FOI Kid - although, of course, the Secretary of NADPO is still entirely neutral towards you.

As usual, Tim said it best:

Just had a couple of emails from PCS saying that they had not meant to misrepresent the NADPO view. So, anger assuaged and honour satisfied.
Posted by Unknown at 2:53 AM